Barks Earns Employee of the Month 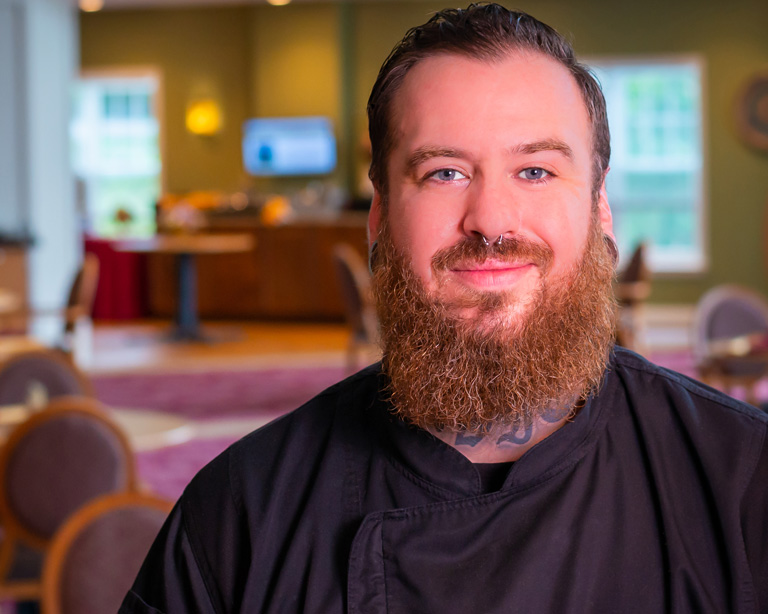 Barks Earns Employee of the Month

Matthew Barks is the June Employee of the Month at Country Living at Westview Commons. In the context of the new independent and assisted living facility, Matt is one of the gourmet chefs responsible for the delicious dishes that are served to the residents three times each day. Since opening in the autumn of 2020, Westview Commons has served up thousands of savory, satisfying plates for residents and their guests. Matt takes pride in each daily opportunity to impress those dining in the Great Room at Westview Commons.

Matt takes pride in each daily opportunity to impress those dining in the Great Room at Westview Commons...

Even after 14 years as a professional chef, Matt always appreciates additional opportunities to learn more about his craft. He finds many such moments among the kitchen staff at Westview Commons. The enlightening discussions held between he and his fellow chefs are foundational elements to his cooking passion. The ideas and improvisations they generate in these talks transform the tables at Westview Commons into gourmet destinations according to Matt. He considers cooking to be an art form, and he is often told by his satisfied patrons that the meals he helps to present are as delightful to look at as they are to consume.

Currently Matt resides in Killingly with his wife Marissa and their three children Adleigh, Avie, and Maverick. Spending time with his family ranks among his favorite activities. At home, he is happy to perform his role as a chef and he works to make sure his wife and kids are as satisfied with his meals as any of his patrons. He is an avid fisherman, and whenever he can, he takes excursions with some of his coworkers to see what they can catch. Golf is another activity that Matt enjoys; having played Northeastern Connecticut’s courses countless times and relishing the memory of once playing in Ireland.

He finds fortune in the fact that he has worked at great places with great people...

Matt is a graduate of Killingly High School and gained the great deal of culinary training that he possesses from employment at local area restaurants. He finds fortune in the fact that he has worked at great places with great people. Having worked as a chef in a variety of restaurant venues, he credits this range of experience as a key to his success in his current position at Westview Commons. One of his personal cooking passions is Barbecue, and he loves the “higher end” of cuisine that he and his fellow chefs at Westview Commons create. He speaks very highly of their camaraderie and collaboration:

“It’s a tight knit group here—not just among our staff but among us and the residents as well. It’s a place where I feel a team atmosphere at the same time as I feel a family atmosphere.” Matt continued: “Earning this award is an honor and it is very humbling. Working with the Westview Commons staff for the enjoyment of its residents has boosted my culinary precision. Thank you to my colleagues in the kitchen for working alongside me and helping me grow as a cook. It is a privilege to work here with this group for these residents. Thank you!”

Executive Director of Westview Commons, Donna Copeland, greatly appreciates the way that Matt and the culinary team work together to create designer dishes. She commented: “Matt’s creative culinary contributions enhance the dining options at Westview Commons. As our dietary team discusses the daily menu choices, Matt adds artistic cuisine suggestions that he has learned through many years as a professional chef. His dedication to our residents’ experience appears in the detailed way he prepares the plates as well as the kind interactions he has when delivering meals.”